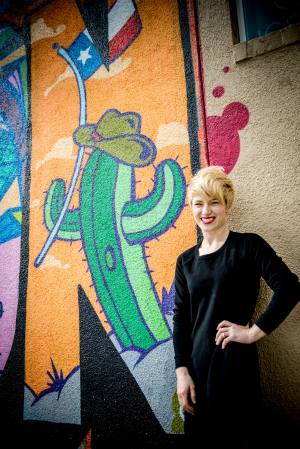 When new challenges arise and fear and doubt start to creep in, the voice of our old patterns and thoughts starts to speak up again. Sometimes it’s even louder than before or with a slightly different way of saying the same old thing.

If you’re telling yourself you’re not good enough, you don’t know enough, you need to be a certain way, it’s too hard, or anything else un-useful about yourself or the situation, notice if those are familiar thoughts that you’ve dealt with before.

Instead of believing that voice or being worried by it, can you acknowledge that you are growing and learning in a new way, which is why the voice is piping up again. You can use the voice as a sign  that you are up to something. Then it’s no longer a problem. It’s a reminder to appreciate yourself.

While the voice may quiet down after a bit, it won’t ever permanently go away, especially if you’re committed to growing, and you don’t need it to. You’re becoming the new version of yourself. Appreciate yourself. Keep going.

This is only a preview. Your comment has not yet been posted.

The letters and numbers you entered did not match the image. Please try again.

As a final step before posting your comment, enter the letters and numbers you see in the image below. This prevents automated programs from posting comments.

Having trouble reading this image? View an alternate.

(Name is required. Email address will not be displayed with the comment.)